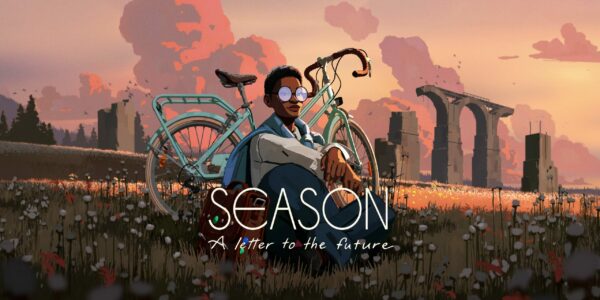 SEASON: Letter to the Future

As it begins SEASON: Letter to the Future On January 31st, Scavengers Studio gives a glimpse into its universe full of emotions and questions with a breathtaking new trailer.

This trailer introduces some of the characters players will encounter on their life-changing journey. Players will support them and try to learn more about this season and the thick mystery surrounding its ending.

“This project would not be possible without the incredible people who made up our team and gave their heart and soul to the creation of this game. We are deeply grateful to them and look forward to bringing the stories and the stories to the players. The memories of the world of season, it is slowly disappearing. it’s time to find yourself on the other side” – Margherita Siconnino, Executive Producer and Kevin Sullivan, Creative Director

In SEASON: Letter to the Future, players take on the role of a young woman from a lonely village. For the first time, he goes on an adventure on his bike and makes it his mission to see the world before a cataclysm wipes it all out. A SEASON is a quest, a discovery of a new world that is both unknown and strangely familiar. It will be necessary to document, photograph and record the life of this season while there is still time on the road.

In addition to the trailer, the studio shared some information about the main characters players will encounter during their journey:

Game progress SEASON: Letter to the Future It’s built around exploring, celebrating, meeting others and discovering the strange world around you. At any time, you can get off your bike, use your tape recorder or camera, and capture things around you: sounds of nature, musical notes, sounds, fine art, architecture, or traces of past seasons. By taking a closer look at this world, you will understand the history, culture and ecology that make it up.

SEASON: Letter to the Future It will be available digitally on January 31 for PlayStation 5 and PlayStation 4 for €29.99, and on Steam and the Epic Games Store for €24.99.