The January meeting was once unmissable, an opportunity for EGP (Consumer Electronics), media and vendors/distributors to share their lives and passions over four days in Las Vegas, the city that never sleeps.

After a little more than 50 years of existence (the first edition of the Consumer Electronics Show was held in New York in 1967), CES has established itself as an institution in the electronics and technology market, marking the future trends in our lives. Over the past five decades, nearly all of the greatest inventions and technological breakthroughs have been showcased at CES. And then in 2020 came the health crisis and everything changed. The techno planet lived two years without real international exhibitions, without consumer interest or the turnover and profitability of its players, which suffered from it, quite the opposite. A demonstration of their irreplaceable character.

Now brands approach these big events differently. Some are completely deadlocked and have left the premises (for example, Philips and Sony at IFA in Berlin 2022), others are downsizing both in terms of square meters occupied by reduced stands and new products on display. Others localize the products of their presentation, freeing up the latter for foreign guests.

While a few years ago a tour of the aisles of CES was an opportunity to discover all the new products for the coming year, today it is not unusual to see the only model of the full range, in fear of industrial production. espionage, wanting to create the event later, wanting to “leaf” his communication… As a result of competitions, the media is less involved, the same for retailers/distributors.

Finally, if the world’s biggest trade fairs still see a few previews within them, market expectations are significantly lower. The overwhelming anticipation and exuberance evoked by CES was remarkable, real, of course, but measured. 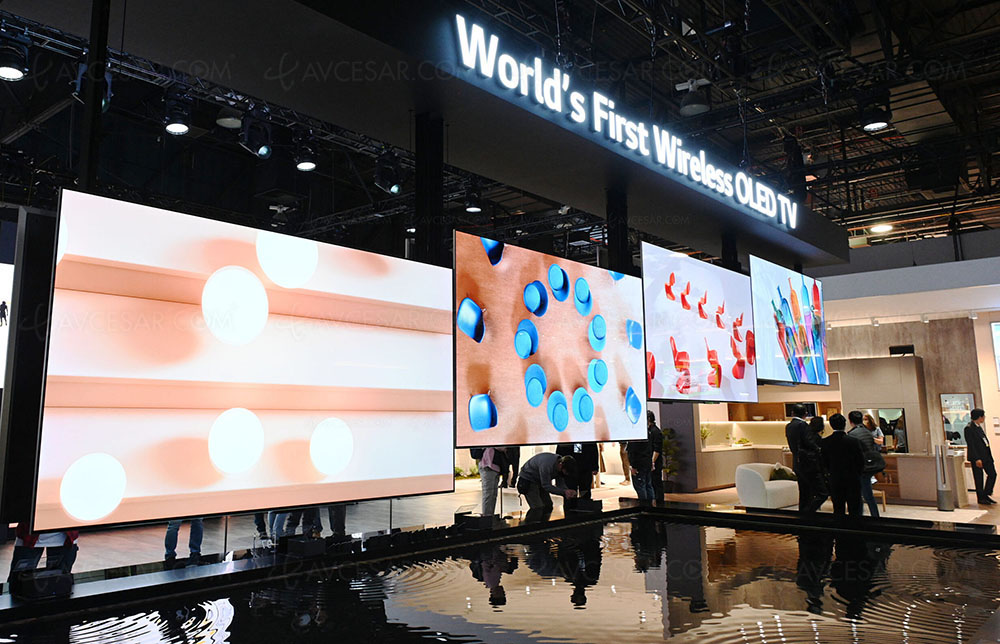 Samsung, LG and Hisense stand out

With this, the publication of CES in Las Vegas 2023 is patent proof. If Samsung always assumed the role of EGP leader with a stand full of new audio-video references, TCL focused its announcements mainly on the North American market, LG news in the Oled TV series (very interesting, of course) and 2023 sound panels, but the LCD TV set line can be said That made it brilliant. Panasonic has once again settled for the bare minimum with a conference dedicated to a TV series (which promises to be very attractive, fortunately), and Sony is conspicuous by its absence.

Finally, Samsung and LG are the three consumer electronics brands, joined by Hisense, which used its unexpected influence to emerge more than ever with a strong press conference and booth in terms of products (not just concepts). stand out this year. And not only for its screens and audio products, but also for its smart home vision (Smart Home, down to see). 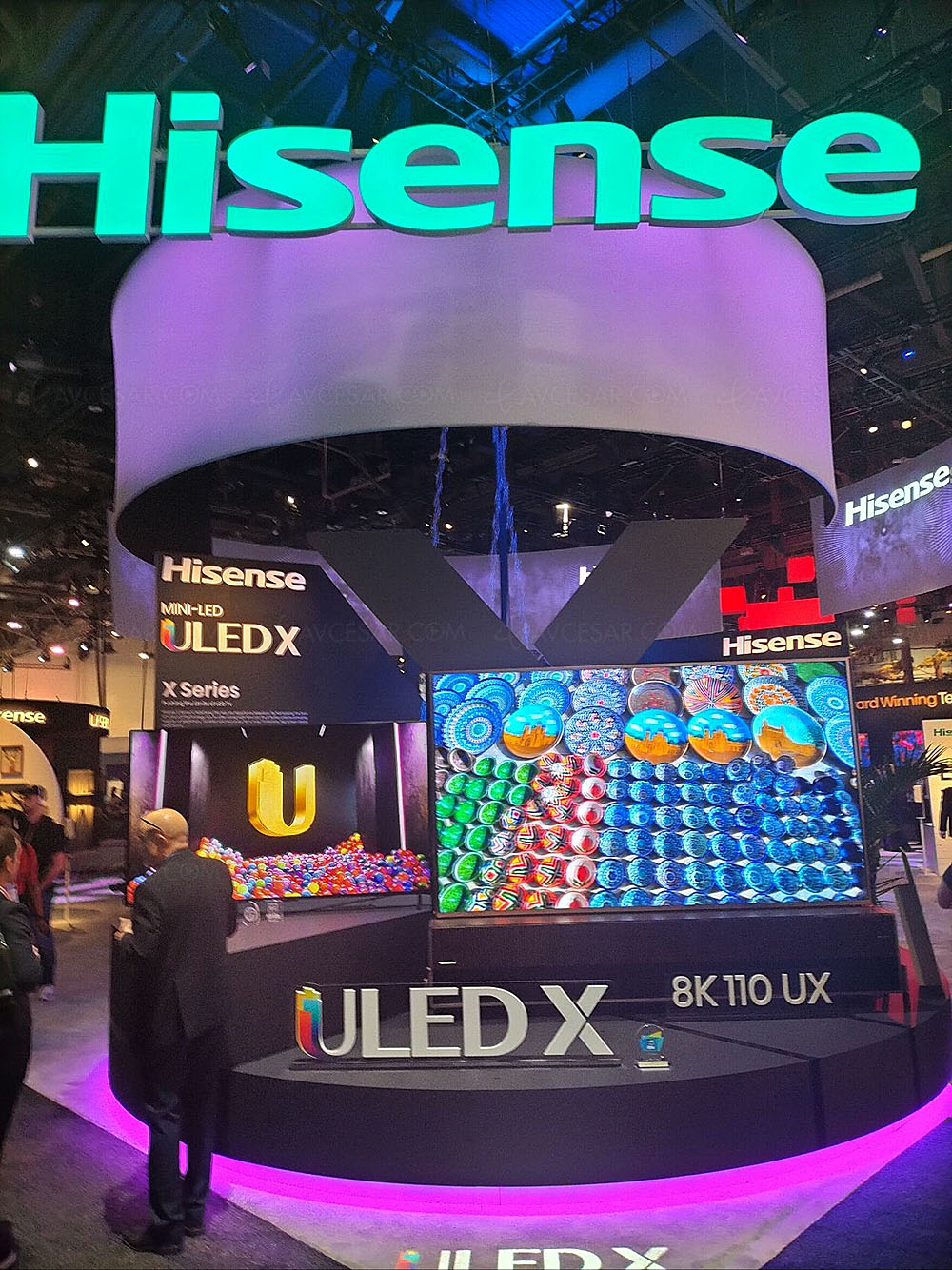 In terms of trends for this CES 2023, there’s a shallot race to do with the brightness of TVs. Mini LED, White Oled or QD Oled TVs and even video projectors, everyone has a very strong light peak compared to previous years.

Similarly, 8K technology, which was ubiquitous in previous years, was more discreet than ever for some in 2023, even if it was on hiatus. Of course, it dominates Samsung and LG, but mostly its Oled TVs (the LG Z3 looks exceptional. way). Pending to learn Sony and Philips’ intentions on the matter, TCL has announced that it does not have a new Ultra HD 8K model in its catalog in 2023, and that LG is reserving UHD 8K LCD models for certain countries only. Brands explain that the average size of screens available in homes is not yet large enough to increase sales of 8K TVs. Therefore, a matter of time, given the regular increase in the diagonals of TVs.

Another important topic at CES was the new Matter home automation standard supported by EGP’s biggest players. The word is on the lips of all the speakers and all the managers meet in the stands. Therefore, the Matter standard considers itself the first truly universal for the Smart Home market. Good news for the interoperability of devices of all brands and the development of cross-functional applications. Many developments in the indoor sector should see the light of day in 2023 or 2024 at the earliest. 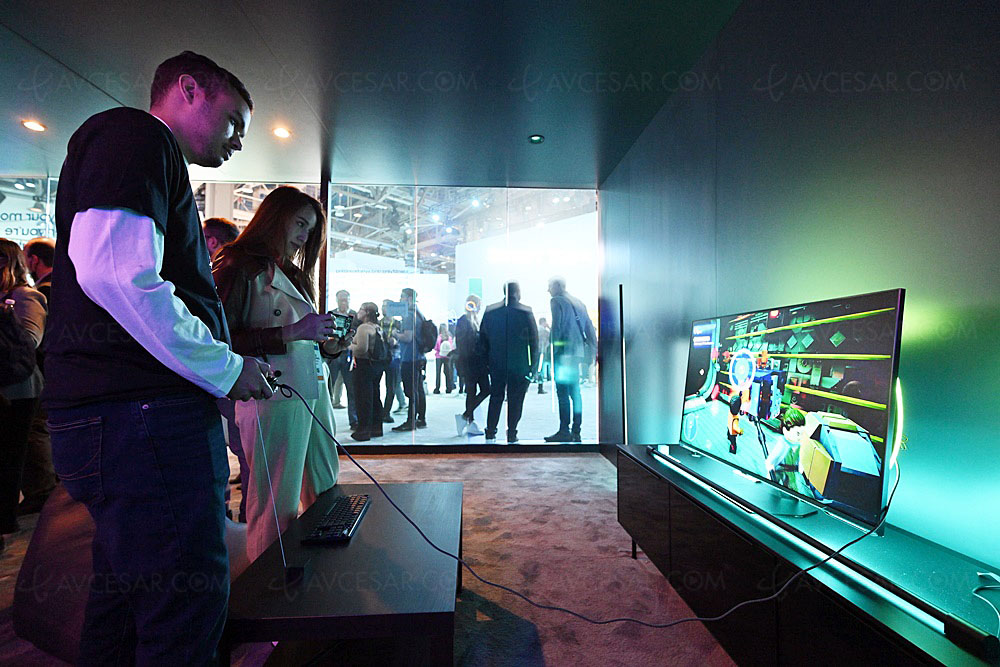 CES in Las Vegas, audio and mobility trends for 2023

Finally, when it comes to the ages, the audio sector remains the weak link of the CES show. With the exception of soundbars and headphones (JBL made the news), there’s little new audio to get your teeth into. This year we welcome French speaker manufacturer Focal, who have introduced their new speaker series, the Vestia. But this is an exception…

The observation is the same for the mobile market. A few announcements of new smartphones took place a few weeks before CES (Oppo, Lenovo), a few during the show, but nothing to do with some of the previous editions that met with big news in this area.

Even more exciting than the 2022 edition, which was a total failure, the CES show in Las Vegas 2023 remains well below pre-Covid-19 times. Indeed, for many observers of the audio-video sector and the media, it is difficult to hide their disappointment with the vintage of 2023, so there was a lack of real technological innovations (for example, the principle of LG Oled TVs with a multimedia box and remote wireless electronics already existed). In 2009, together with the Panasonic Z1 plasma television, it was finally banned from marketing because the transmission frequency was too close to that used by the military in some countries).

Click the link below to see all the announcements from the CES Las Vegas 2023 show. That said, some news is still planned in our product columns for comprehensive coverage of the 2023 show.