Many manufacturers presented new personal computers at CES 2023. An intended trend attracts attention: the screen has become the king of innovation in this field.

The role of CES 2023, which will be held in early January, is to define the main trends in technology for the coming year. If we observe many announcements in the PC field, a fairly clear trend emerges: the screen is at the center of all innovations.

It must be said that in addition to the generational change in Intel, AMD and Nvidia, which always promises more performance, the rest of the laptop has changed little: the USB-C connector is still there, Wi-Fi, Bluetooth or memory and RAM no longer know revolutions. Everything is changing before our eyes.

OLED continues to democratize the PC

For several years we have known about Oled screens in Asus and other brands in a more fragmented way. It should be said that the manufacturer now occupies more than 60% of the Oled market in PC alone. This hegemony of Asus should end in 2023.

In particular, LG will switch its LG Gram ultraportables series to OLED in 2023 without changing the light weight of its machines.

Samsung has introduced an impressive 49-inch OLED screen, especially in the Odyssey series. Lenovo is not left out of several machines equipped with OLED panels. The Lenovo ThinkBook Plus goes even further by adding an electronic ink screen on its second side to increase autonomy in certain tasks. Acer also unveiled LG Display OLED monitors at CES 2023.

And miniLED is an alternative

But Oled technology is not the alpha and omega of the modern PC screen. Apple has already demonstrated this with the MacBook Pro 14, the mini-LED screen can offer both very accurate colors, excellent contrast levels and impressive brightness. A screen that looks flawless for work or play.

This certainly convinced Razer to emphasize this technology with the new Razer Blade 16 and 18. In this regard, they represent another trend at CES: the enlargement of panels thanks to the narrowing of borders. A number of manufacturers have announced personal computers with a wider and more comfortable diagonal, especially for gaming computers. HP company, in turn, introduced the Omen laptop equipped with a 17-inch screen.

Growth in the PC sector has been coming from the gaming segment for several years. At CES 2023, brands redoubled their efforts to convince. So we’ve seen machines like the Acer Predators line up all the advantages. Products that combine 13th generation Intel Core and GeForce RTX 4000 for laptops.

Here again, we must not forget the screen: Acer announces QHD up to 250 Hz Alienware offers a screen that can output up to 500 Hz.

There are also those who want to bring the video game to new boxes. We’re thinking of GeForce Now’s evolution in cloud gaming, or Dell trying to reinvent the gaming PC and working on increasingly beautiful machines.

Even Chromebooks can tap into video gaming with cloud gaming. Asus presents a really well-thought-out model on paper.

To shine in the living room, products designed only for gamers can not be iconic. Brands also “ content creators Not to mention YouTube videographers and influencers. To fool them, you generally need a very high-quality screen and state-of-the-art performance, but without the fancy design of gaming products. 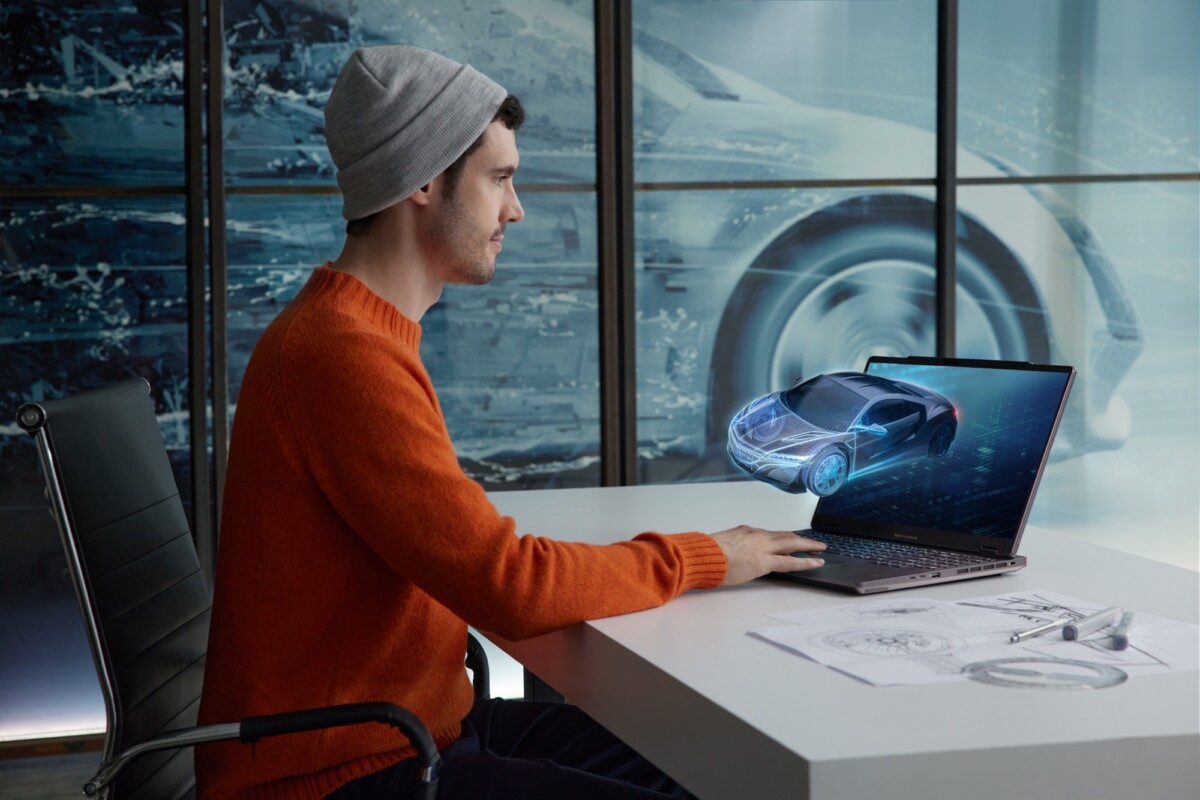 In this area, we have to admit that Asus is asserting itself this year with the new ProArt range, which innovates with a very convincing 3D display. We were able to discover him on location at the Las Vegas show.

When it comes to external monitors, Samsung has launched the ViewFinity S9 display, which can compete with the Apple Studio Display, and Dell is betting on the practical side with USB-C connectivity and 6K resolution.

CES is also a breeding ground for prototypes or innovative ideas that may not be immediately successful with the general public. Asus has introduced the next generation of ROG Flow products, which still try to combine a highly portable convertible with a gaming machine.

But this is where Lenovo puts up a strong fight with the Lenovo Yoga Book 9i. This computer offers two 2.8K Oled touchscreens in the image of the fiery Surface Neo. The brand promises that its design will allow us to increase our productivity, especially if we have access to a desk, using it as a large desktop computer. It’s reminiscent of the Zenbook Fold we tested in 2022.

The transition to Oled or mini-LED, higher display frequency, HDR and increasingly rich colors: in 2023, the screen of our computers will improve a lot. When faced with our smartphones and tablets, the PC was one of the worst. students in this field.

Switching to new generations of AMD, Intel, or Nvidia chips will certainly benefit performance and autonomy, but it shouldn’t change the way we feel about the machine or revolutionize uses. A significant improvement in display quality, on the other hand, should provide a noticeable and immediate gain for the user.

Hopefully these changes will soon permeate the range of more affordable machines. CES is a show where brands showcase their tech showcases. It’s nice, but you still have to be able to afford it. This is one of the big challenges in IT after inflation and the component crisis of 2020-2022.